Hope For Paws received several calls about two Pit Bulls chained up under a freeway. When they arrived, they found the abandoned dogs standing in their own feces. 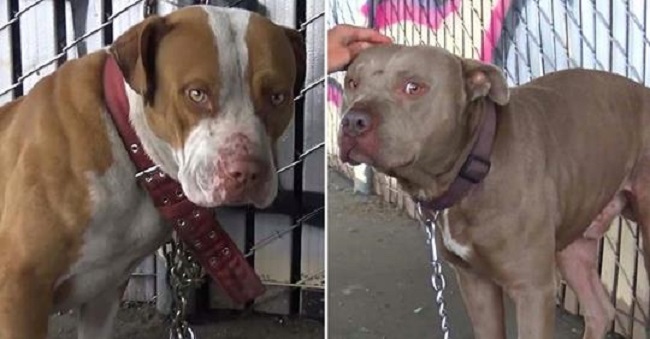 Watch their rescue in the video below.