The malnourished puppy was rescued during a heartbreaking mill raid!

HSUS, the Humane Society of the United States, went to save Daniel, a poor pup, along with 294 pups, who were in very bad circumstances, from a bred farm in Arkansas, writes thepetneeds 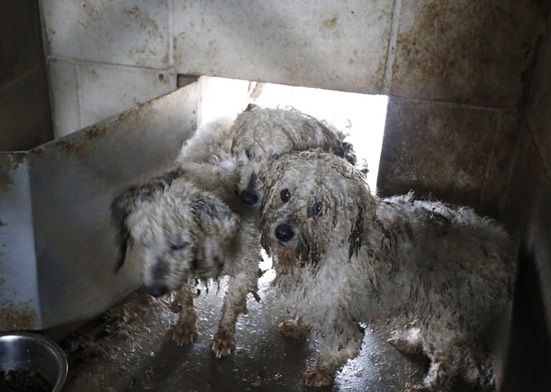 The spokeswoman of the rescue, Jessica Lauginiger, said that she can’t forget the moment she saw Daniel, who was covered in feces and dirt, crawling them asking for help.

She added that they were able to save him along with 294 other pups from the farm. They then transported the dogs to be medicated in an emergency shelter, where the sweet Daniel finally felt safe.

Thankfully, Daniel started running again just after 2 weeks. To make things even better, he was then adopted by a kind family in Blue Springs, Missouri. What a happy ending! Watch the video below.