When a s.t.a.r.v.i.n.g puppy was brought into a Spanish animal rescue center in Granada, Spain, one day, the volunteers at the center were worried that the puppy wouldn’t make it. 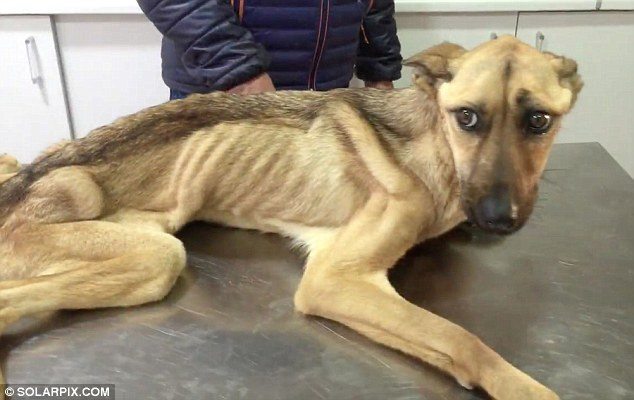 This puppy was so s.t.a.r.v.e.d that her bones were sticking of out her skin. To make matters worse, her organs were almost failing. She had so little muscle that she had trouble walking or standing. 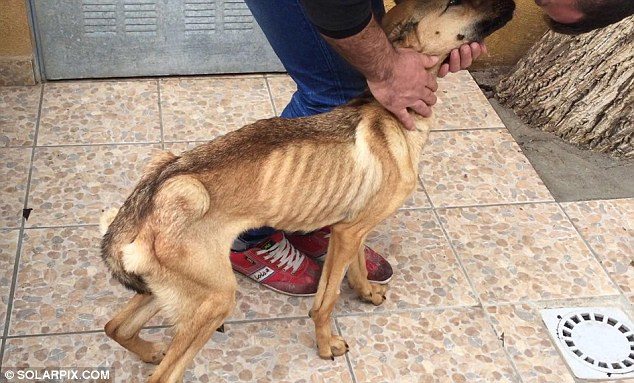 Fortunately, not all hope was lost. Eduardo Rodriguez, the kind-hearted owner of the center, refused to give up on this s.t.a.r.v.i.n.g and decided to take her in. 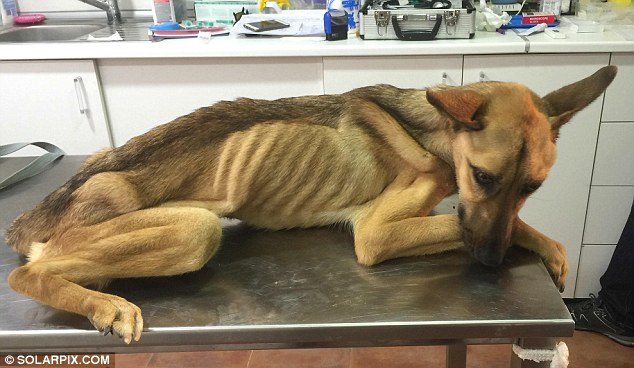 Eduardo named the s.t.a.r.v.i.n.g puppy Barilla spaghetti because of how thin she was. When Eduardo had spaghetti examined by a vet, the vet told Eduardo that there was significant chance that spaghetti wouldn’t make it. Still, Eduardo refused to give up on her and let her d.i.e. 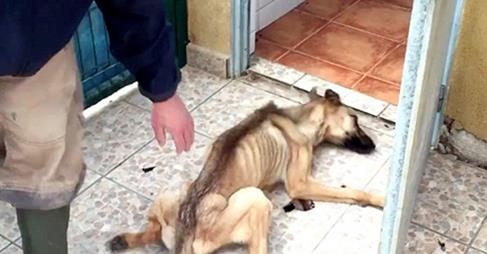 “She’d been so s.t.a.r.v.e.d of food and water when we took her in that all she could move was her head and her tail. She didn’t have any muscle mass. I’ve been rescuing dogs since I was a child and I’m used to seeing them in a bad way but I’ve never seen an animal in such a terrible state as Barilla.

The vet said we were lucky we got her when we did because she might not have survived another night. We put her on a drip for six hours before we started feeding her. We made her a type of harness to help her walk so she could gain muscle mass because she couldn’t support her own weight.”

Because spaghetti weighed only 16 pounds, she had to be placed on a drip to make sure she didn’t suffer from an organ failure. Spaghetti could only move her head and wag her tail as she fought for her life. 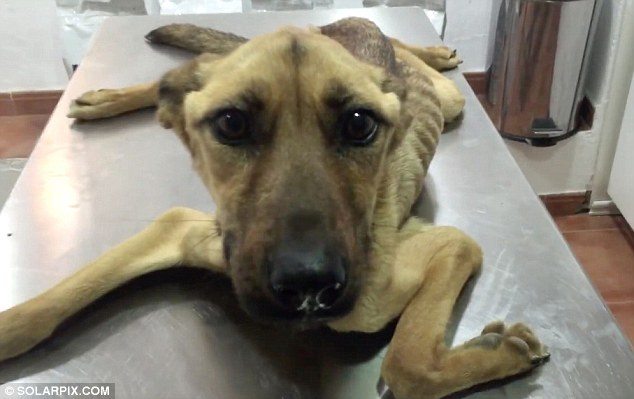 After some time, however, spaghetti gained enough strength to be able to stand up and drink some water. 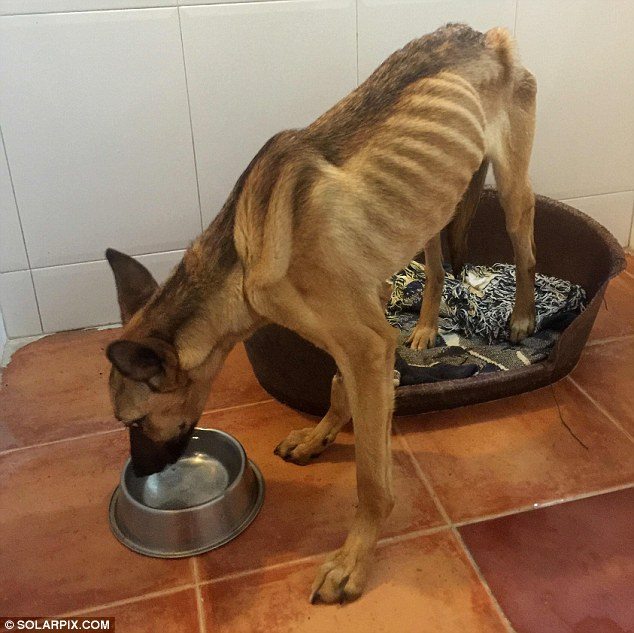 Staff at the center believed that spaghetti had been locked up and s.t.a.r.v.e.d since birth. 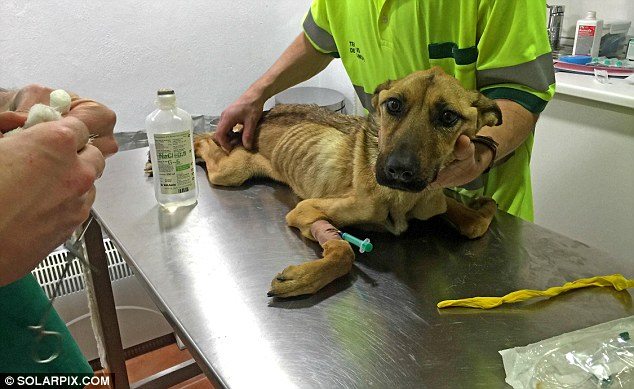 Slowly, but surely, however, spaghetti started to gain weight by eating from a basket where she could eat without needing to stand up. 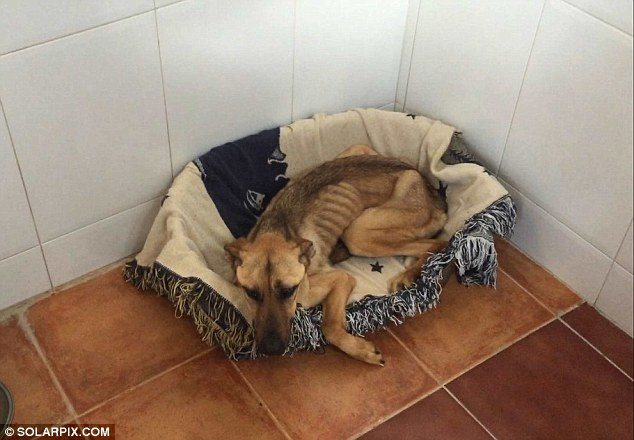 Soon enough, spaghetti started eating 5 to 6 times a day and was even able to stand — all thanks to the wonderful staff at the animal rescue center. 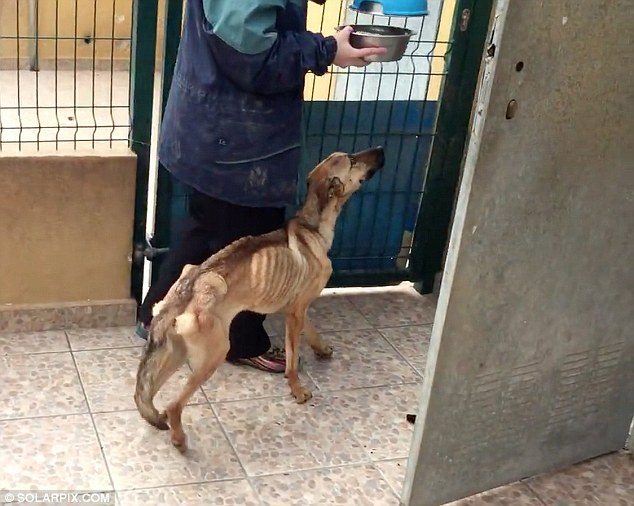 Seven weeks later since she was found, spaghetti has made a miraculous recovery. Eduardo reckons that spaghetti has eaten more food in the past several weeks than the entire 10 months she had a.b.u.s.e.d since birth. 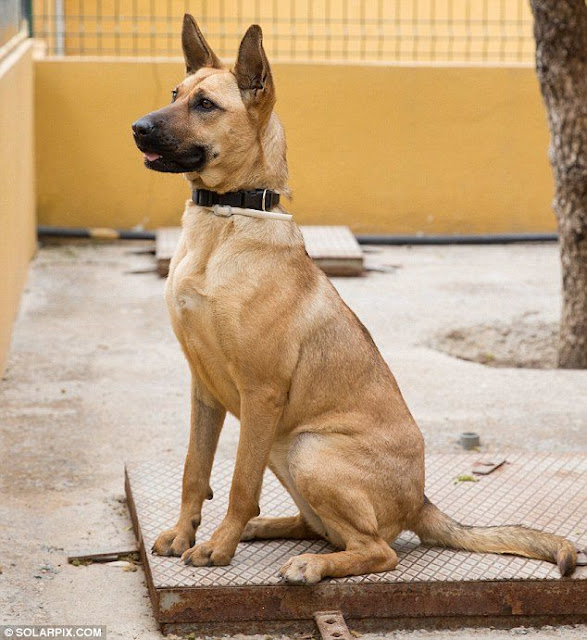 What was next for spaghetti? Well, Eduardo bonded with spaghetti so much throughout her transformation that he decided to adopt her. Eduardo said,

“Her will to live was amazing and I felt a connection with her the moment I saw her. We’re inseparable now. She’s so intelligent and obedient. The first day I saw her I told my colleagues I was going to keep her and that’s the way it’s been.” 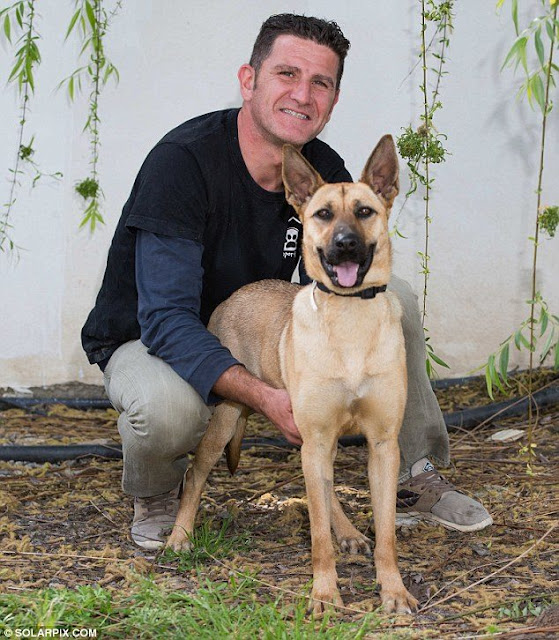 Spaghetti now lives with Eduardo, Eduardo’s wife Carolina, their 14 year old daughter, and their 5 other dogs. What a heartwarming ending to an incredible story of a dog that refused to d.i.e and a kind-hearted man that refused to give up. 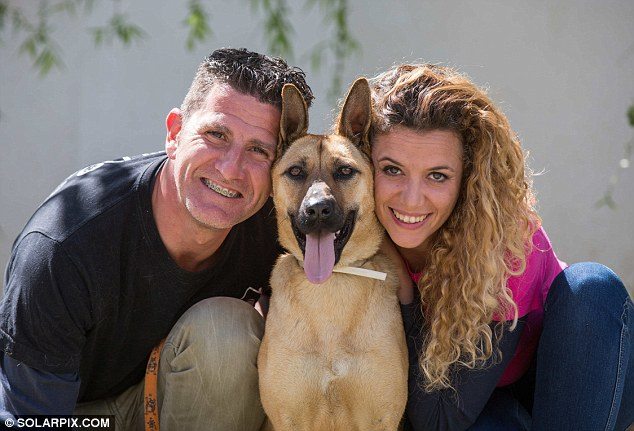 What did you think about the story of Spaghetti’s miraculous recovery? We want to hear your thoughts. Let us know in the comments below!

Please SHARE Spaghetti’s transformation with your friends and family.