A pregnant dog who was abandoned by her owners and waiting day and night by the front door is in safe hands thanks to rescuers. 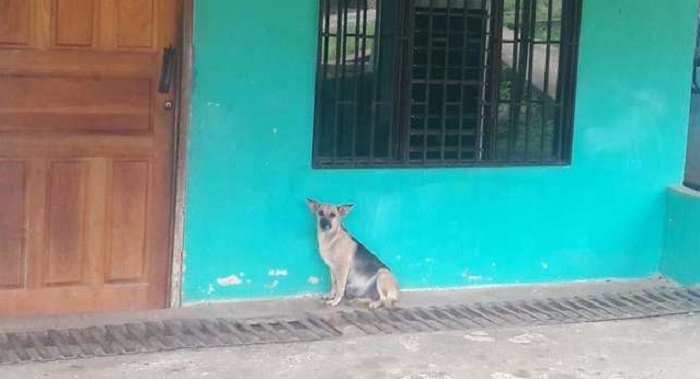 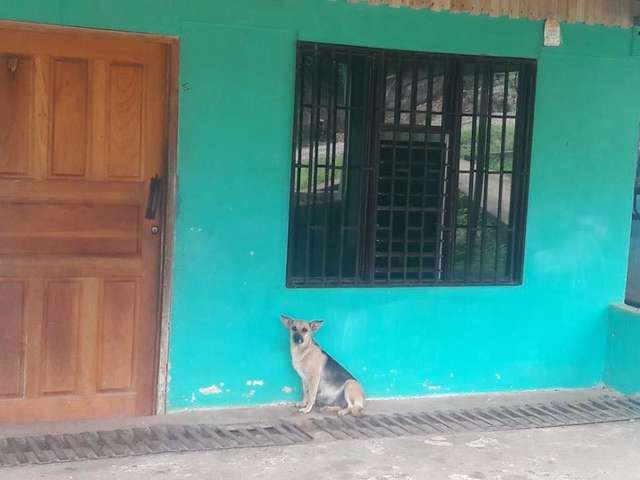 Recently, she received a message about the pregnant dog who was left behind by her family. The neighbor let her know that the dog was abandoned without any food or water and very close to giving birth. 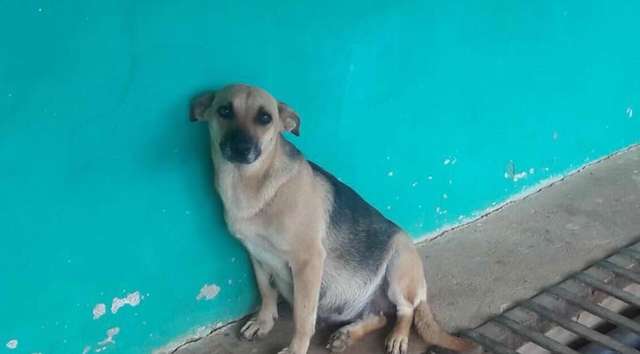 “This is so unbelievable,” Tania wrote on Facebook on August 16. “I really don’t understand how people can do this to their dog.”

“They moved away and left their pregnant dog behind,” she continued. “No food or water. On her own, with a big belly. The poor girl is sitting now day and night in front of the door waiting for her people to come back home.” 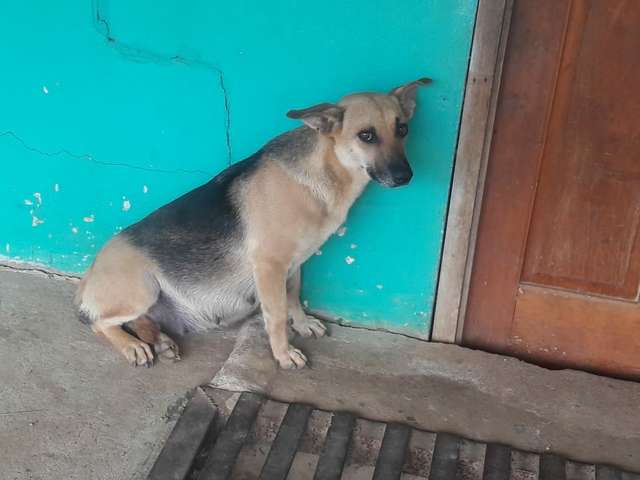 Tania was able to convince the neighbor to take care of the dog while she tried to find a foster, as she was back home in Germany at the time and couldn’t rescue the dog herself. 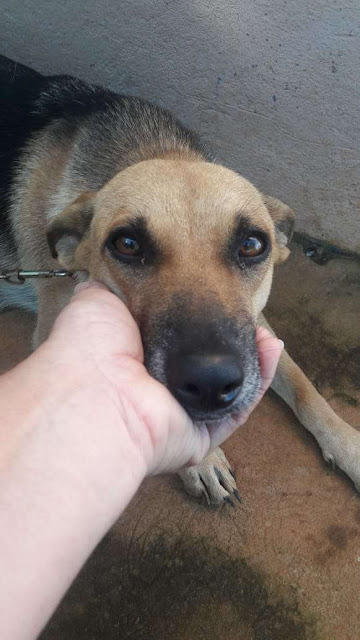 Fortunately for the pregnant dog – now named Marie – one of CAARCR’s volunteers, Wynn Mackey, said he would help foster Marie. 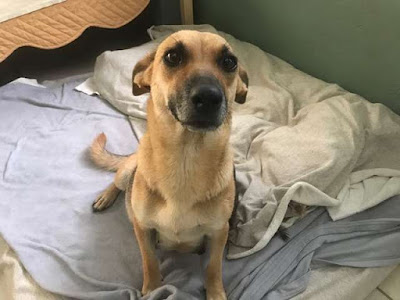 Marie was made comfortable at his home and just 10 days later Marie gave birth to seven healthy puppies! 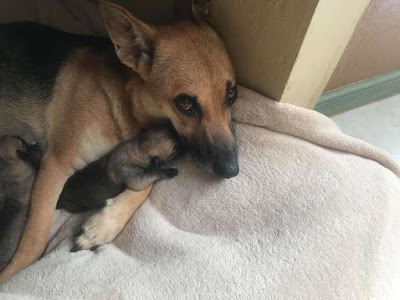 Marie was very happy to be somewhere safe where she could relax and care for her pups. 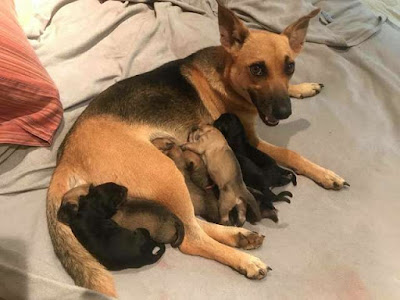 Now that Marie and her puppies are healthy and happy, CAARCR will be looking for forever homes for them.
It’s a happy ending for Maria and her family, thanks to the kindness of strangers.
“It’s incredible how fast things can change for a dog within the shortest time… for worse, but also for the better,” Tania wrote. “Marie is definitely in a much better place now.”