A lot of us humans are spiritual creatures and when everything around us is getting in a huge mess, and we feel abandoned we turn to a higher power to ask for help and healing, but the upcoming news tells us that even animals have highly spiritual faith inside of them. 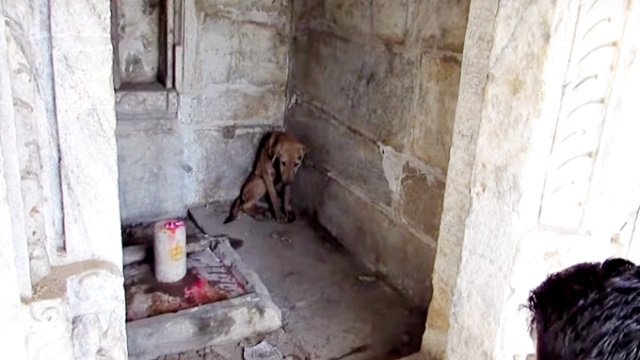 A beautiful day Animal Aid received a call, and on the other side of the line someone asked them for help, informing that a highly injured dog has seek refuge in a temple and his condition seems serious, after the information given rescuers started immediately the journey to find the poor dog that feel so alone and abandoned by everyone he went in a god’s house to make his pain go away.

Arriving there they meet the poor dog that had serious injuries all over his body and no one could tell if they were caused by accident or some cruel person hurt him on purpose.

Animal Aid rescuers offered their help, they gently took the dog back to their shelter and immediately put him under medical check, cleaning his wounds and waiting to have a clear view of his health, the vet stated dogs condition was more serious that it seems, he had lost a lot of blood, his body was weak and he needed IV fluids to get his body in check. 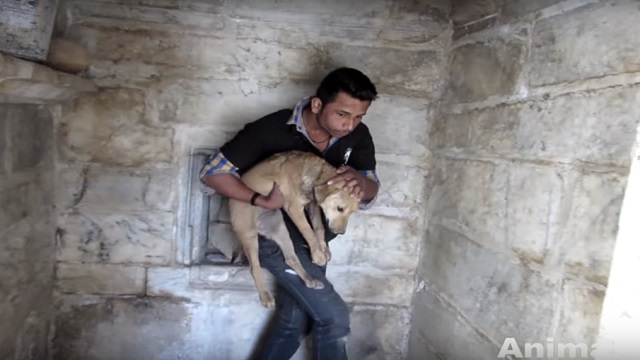 Considering his weight the dog was in need of a nutrient rich diet so his health improves, after all the issues he has been through.

Our fighter boy was recovering quickly he got to be called Punkin, because he is cute and sweet just like the Pumpkin.

The volunteers presented our Punkin with all the other friends he had on the shelter, four weeks after his health was recovered , he was turning to be a great boy and everyone loved him dearly.

He was soon put up for adoption and found a forever home who will never let him feel like he is all alone in this world.

Animal Aid you deserve every thank you possible for doing such a great work for this poor animals in need.