No one was willing to help him. When the men finally reach the dog, he was weak and his pain was unbearable. He laid his little head on the rescuer’s lap so relieved he was no longer alone. This is what a real hero looks like.

As you will see, dog rescuers don’t like to hear the words, “It can’t be done.” Or “Don’t bother.” Animal rescuers don’t operate that way. The idea of leaving behind any animal in need goes against everything they believe in, writes ilovemydogsomuch

When two rescuers heard about a dog trapped in a remote village, they immediately wanted to act. They weren’t even deterred when they were told over and over again that hiking to that dog would be impossible and so would carrying him down to safety. 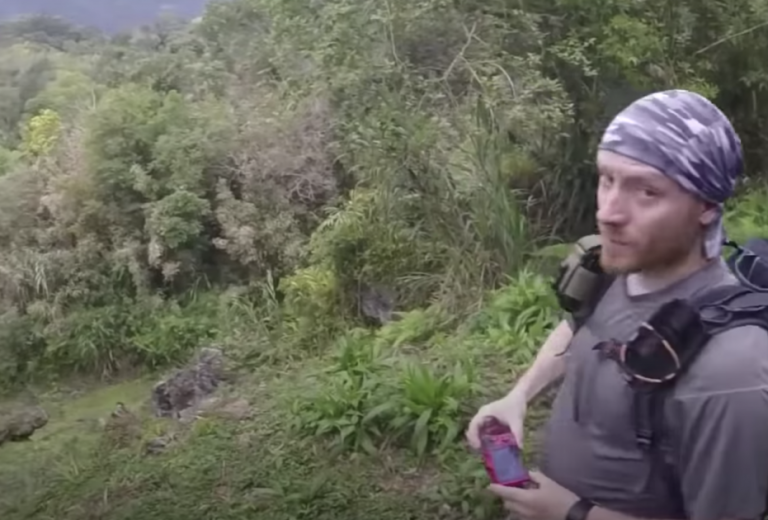 This small village in the mountains of Taiwan could only be accessed by foot. A vehicle could not make it so two men, fearless and full of heart, made the journey themselves. One guy is an expert hiker and had a bit more confidence but even he knew this would be a daring trek.

They left at 3 am and by 7:30 am, they were at the guest house where the dog was staying. The men looked over at the makeshift dog houses but they were all empty. They felt totally defeated. 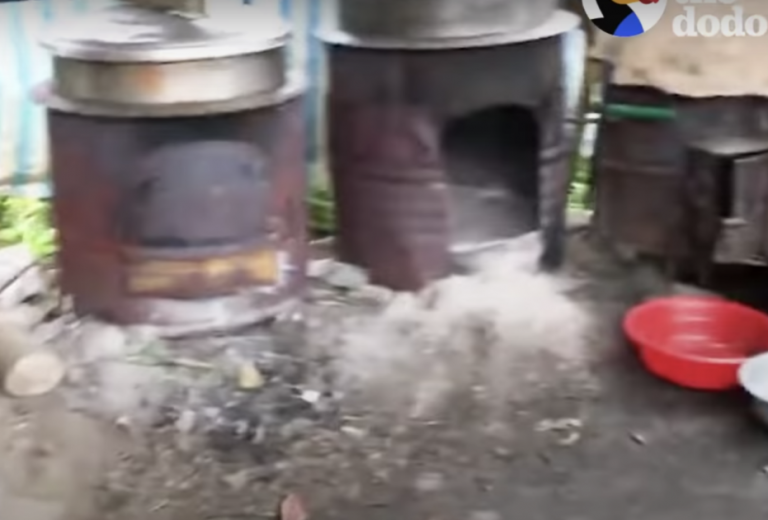 But as they searched the property, they saw the little dog hiding behind a pile of plastic chairs. The rescuers were thrilled to find him there but quickly that thrill took a turn. 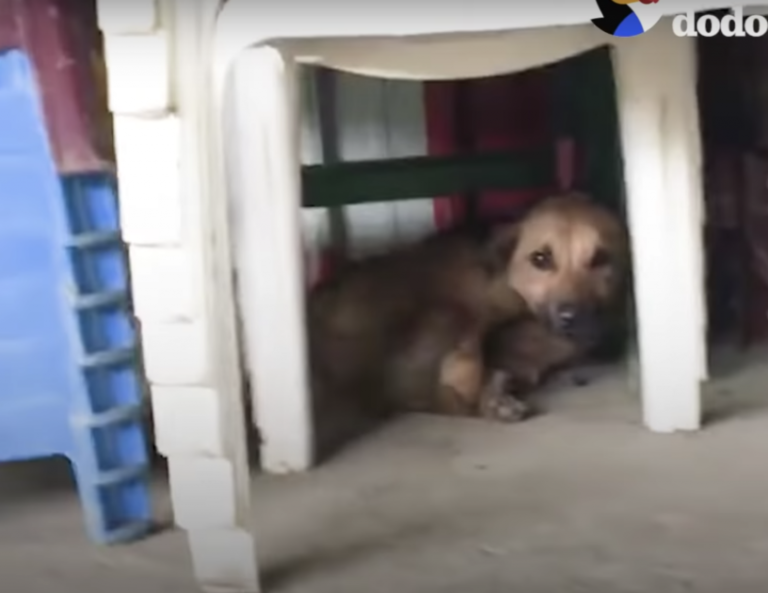 The dog came out and was unusually friendly. And then they realized why. He was so weak and in so much pain. Then, he laid his head on one of their laps because he knew he didn’t have long to live. 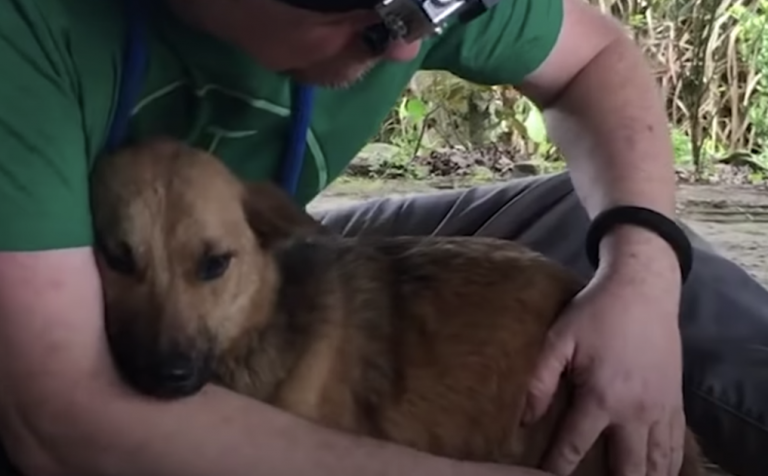 The rescuers wasted no time. They started to treat him right there. With some bandages and TLC, he was ready to go. They placed him in a backpack and hoped he would calmly remain in there so they could carry him back down the mountain.

Now named “Sandy,” the dog was such a good boy during the entire journey. Both men were amazed. It’s as if he understood everything. It’s as if he realized this path down the mountain would lead him to a beautiful new life. 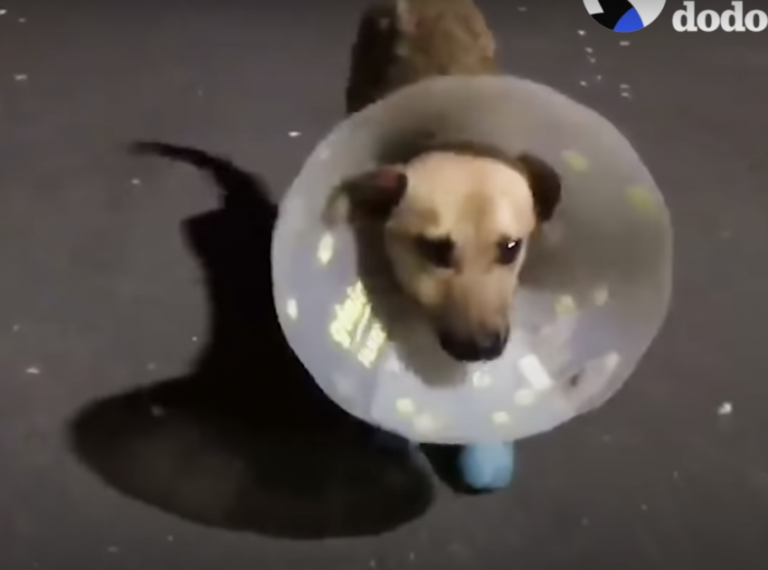 Sandy was right! The hike down the mountain was only the beginning. His new path was paved with good fortune. For a week, he needed to remain at the vet for medical treatment. and two paws needed to be amputated but we promise, Sandy learned to compensate very well.

His next steps were to find a new, loving home. Let’s just say, Sandy already had many fans. His rescuers posted their rescue adventure on their Facebook page and people were in awe of the brave men and the well-behaved grateful dog who remained calm in a backpack down the side of a mountain.

Don’t wait, play the beautiful video below, by The Dodo, to see how Sandy’s story ends!