A black Labrador mix named Abby vanished 10 years ago, but much to her family’s surprise she simply reappeared.

The long-lost dog showed up on a man’s porch at a home just 10 miles away from where she was last seen by her family in Apollo, Pennsylvania. Abby’s mom, Debra Suierveld, was certain Abby had died after she disappeared over a decade ago. 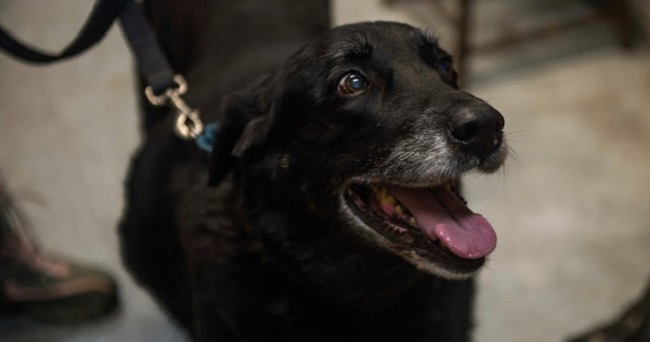 “We thought she had passed away,” Debra says in the video below. “It feels like a part of my kids’ childhood is back, part of our family is back. It’s pretty awesome.”

The last time Debra saw Abby, she playing with her children near the woods in their backyard. Then she vanished until she was seen by George Spiering in front of his house. “There is this big dog on the porch right where you walk up,” George says. George called police and animal rescue and they were thrilled to find that Abby was microchipped.

Abby was reunited with her overjoyed family shortly after. Abby hasn’t changed much. She’s still friendly, mellow and in good health. Wherever she’s been, she’s been well looked after. She also still has the same mannerisms Debra remembers.

The family likes to joke that Abby must have been in the witness protection program. They’re thrilled at her return and plan to have a welcome home party for her and the whole family soon.