“I was upset, because was he was alone and very cute, and seemed to be hungry.” That’s what 10-year-old João Gabriel revealed when he was spotted on a security camera helping a tiny, stray puppy.

The boy was walking home from school in Brazil when he saw a white puppy on the middle of the road and decided to help him, Globo News reports. 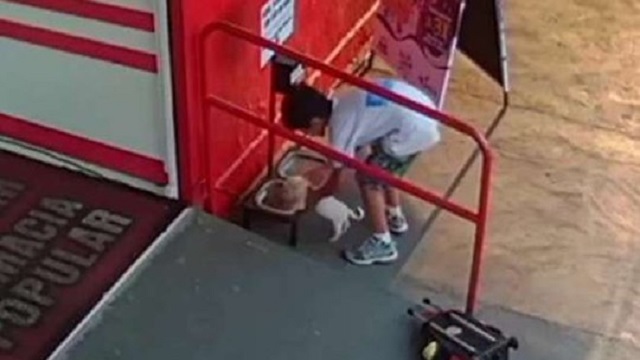 So, he placed the puppy in his backpack and took him to a place that he knew would have food and water for the pup. “I took him to the pharmacy that I pass by every day,” João said. A food bowl and water is left outside of the pharmacy for stray dogs.

In the video, João is seen taking the puppy out of his bag and and placing the puppy gently by the bowls before waiving goodbye.

Shortly after, workers at the pharmacy noticed the puppy and alerted Josiel Pedro Barbosa, the animal rescuer who maintains the bowls out front. He came to pick the puppy and take him somewhere safe. 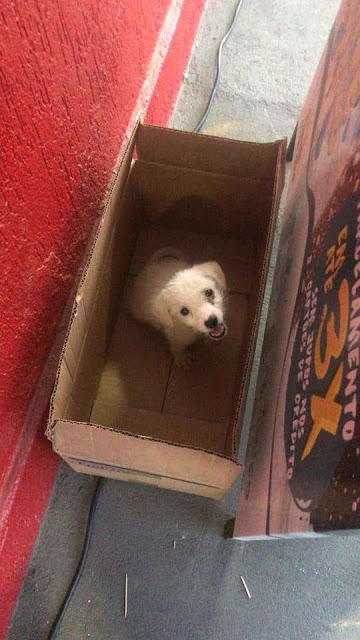 After sharing what João did on social media Barbosa soon found a loving home for the little orphaned puppy. And the video of João’s touching rescue soon spread, going viral.

But João didn’t note that. He did, however, notice that the puppy he found had gotten a home.

“The other day, I passed by [the pharmacy] and I saw that he had been adopted,” João said. “I was very happy.”

The pharmacy rewarded João with a new pair of sneakers for his kindness and Barbosa says that the boy’s action gave him a renewed sense of hope.

“It’s good to see that you are not alone, and that we have hope for a better world,” Barbosa said.

Watch João and the puppy in the video below and share it with your friends.