A tiny dog’s owner thought she was dead, but when Riverside County Department of Animal Services arrived they found the dog severely matted and infested with maggots.

The California animal shelter was initially contacted by the dog’s owner, who called the agency to have them retrieve his “dead” 8-year-old Lhasa Apso. 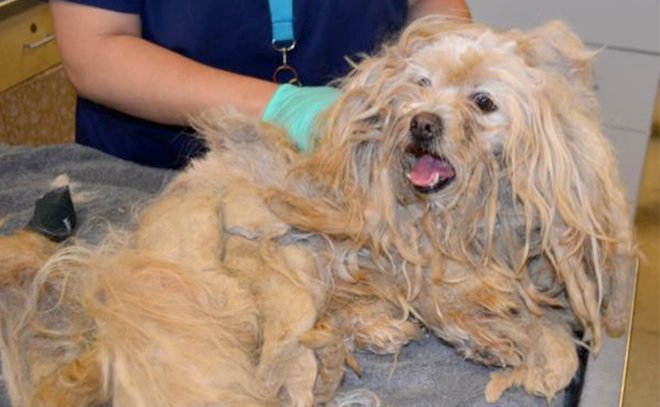 But when officers arrived they discovered the dog wasn’t deceased — she was alive, hiding under a bush against the house. It was obvious she had suffered for severe neglect.

Animal Control Officers were told by the owner that the dog had been “acting funny” and didn’t want to eat, the press release from RCDAS said. When the man was asked when the dog was last groomed he responded “about a year”. Animal Control Officer Joh Hergenreder immediately brought the dog to Western Riverside County/City Animal Shelter where she was examined, given pain medication and treated by veterinarians.

They began to work on her matted coat, which was several inches thick. They ended up sedating the tiny dog so they could finish cutting away the matted fur.

“It took them almost an hour to finish that task because the matted coat covered all surfaces along the entire length of all four legs, including the paws,” said staff vet Dr. Sara Strongin.

That’s when they discovered maggots in her rear end. 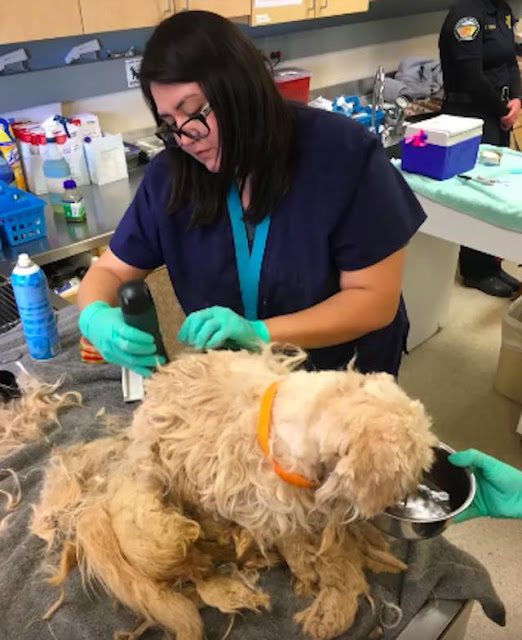 “This is where the dog’s skin was moist and enflamed – and the infection of her skin provided an environment in which maggots thrive,” Strongin. “The skin infection affected the entire hind end of the dog.” 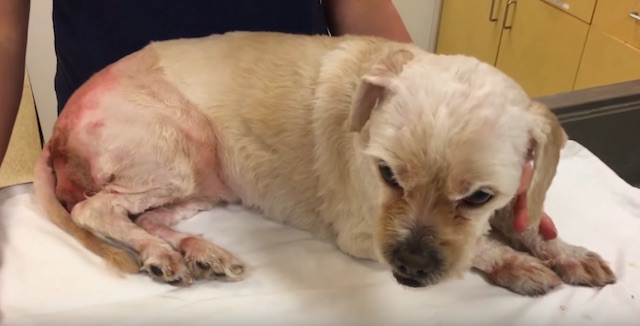 But after a few hours of medical attention, the tiny Lhasa Apso is doing much better now that she is being properly cared for and she will be put up for adoption or transferred to a rescue group to find a home. 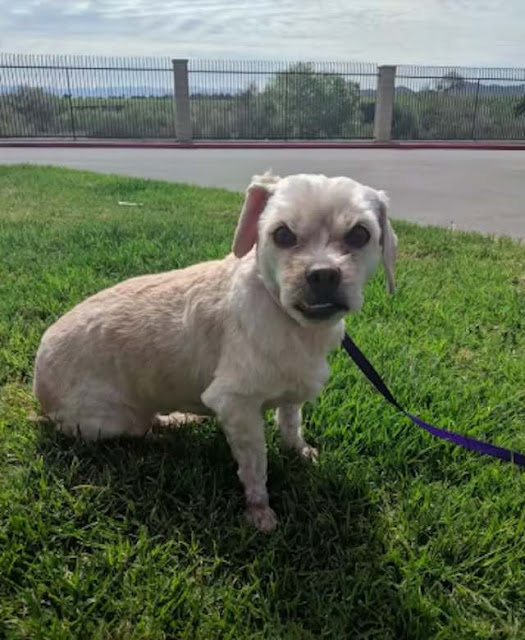 An animal cruelty investigation has been opened and will likely be submitted to the county District Attorney, authorities said.

We’re so happy to know the dog is out of a terrible home situation and will be moving on to a loving one.