A dog has miraculously survived after being hit by a car and spending the night frozen to the ground thanks to rescuers answering an urgent call on New Year’s Eve.

Streehearts Animal Rescue received a call from the Flint, Michigan’s 911 dispatch center about the dog, who was reported to have been hit by a car and laying in a woman’s backyard for over 24 hours in the freezing cold. 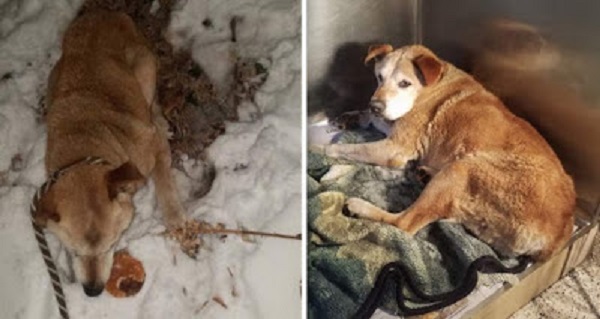 “Upon arrival, the tracks in the virgin snow confirmed that story,” Streethearts Animal Rescue wrote on GoFundMe. “This was a very bad part of Flint so imagine the surprise when the dog turned out to be a Golden Retriever mix and not a pitbull.”

Bill Heatley was the rescue’s responder and found the dog frozen to the ground and had to peel him off to free him.

“Once the dog was checked over for evidence of trauma, he was muzzled and prepared to be moved. It was at that point that the first responder [Heatley] discovered the dog was frozen to the ground. 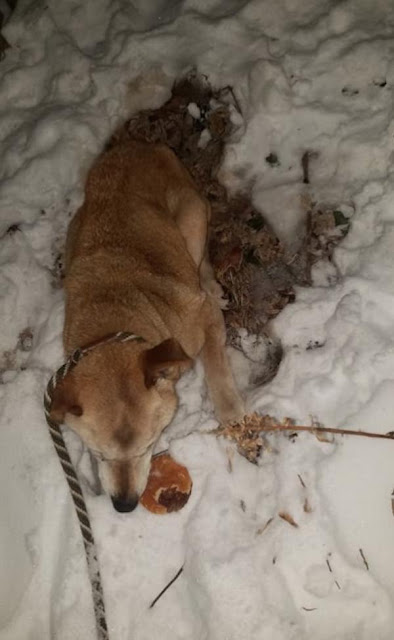 All of the snow in contact had melted and created an ice barrier. The dog had to be peeled up from the ground,” the rescuers explained.

“It was discovered what a good demeanor that this boy actually had. He barely let out a whimper.” The dog’s sweet nature leads rescuers to believe he is someone’s pet and not a stray dog. 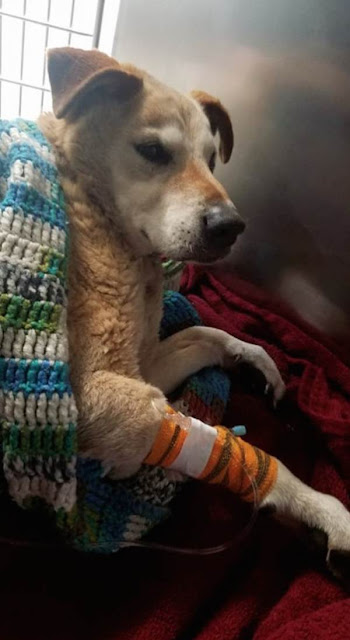 Heatley noticed the dog had a bad leg injury but was more worried that he would survive the cold.

“Thankfully, Feliz (now given a name) appeared to have miraculously avoided the core freezing that we had worried about,” Heatley said. “This boy showed his gentle disposition throughout, taking everything in stride.”

Veterinarians have confirmed that Feliz has a shattered femur and will need a specialized surgery to repair the damage. A few days on in his medical care and Feliz gave rescuers pause.

“Feliz has not eaten at all, neither dry or soft food. His spirits seem good,” said Heatley. “We will be sending out the x-rays that we have, however, there’s going to be a need for more specific and detailed X-rays of the injury for an orthopedic surgeon to make a more detailed prognosis.”

Heatley later updated everyone that Feliz did take some food from a vet technician’s hand and that they would ensure the dog eats to recover his strength. 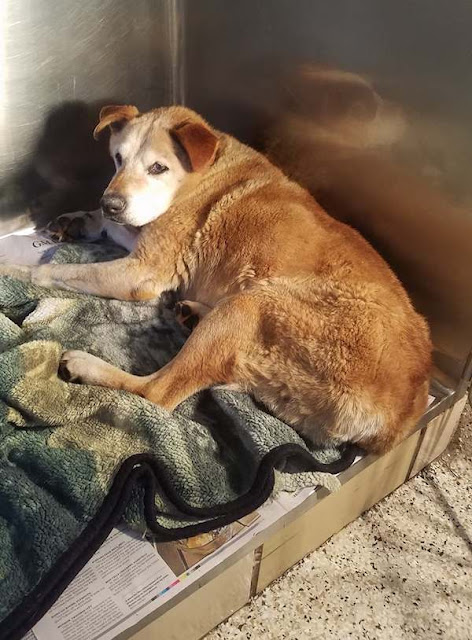 They are hoping to reunite Feliz with his owner, but if that is not possible they will find him a loving home.

Heatley says Feliz is not the first dog the group has rescued from the freezing weather in past weeks, and not all have been as lucky.

“There is absolutely no reason for any animal to be outside,” he says on Facebook. With more extreme cold weather on its way on the East Coast of the United States, he is urging pet owners to bring their animals indoors.