A family is grateful that their dog is safe and alive thanks to a group of strangers who came out to help in their time of need. 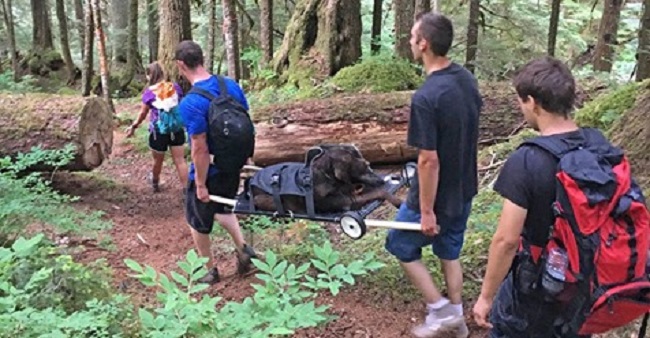 Amanda McGregor’s chocolate Labrador retriever, Louie, got into trouble after going out on an overnight hike with Amanda’s stepdaughter Janessa. Janessa regularly goes hiking with the 5-year-old dog but on this occasion, Louie got injured and couldn’t walk down.

The two were hiking in the mountains around Chilliwack, British Columbia on Saturday but they didn’t return when scheduled on Sunday afternoon, Amanda began to worry.

She later heard from another hiker that Louie had gotten hurt and couldn’t climb down. Janessa couldn’t carry Louie herself either, as he weighs 90 pounds. 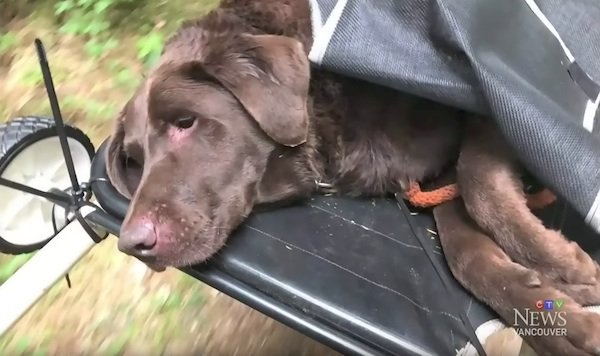 Amanda contacted the local RCMP who said they should wait until Monday to see if they showed up, but only Janessa emerged from the woods to get more food and water for Louie. That’s when the family were told that the authorities wouldn’t authorize a rescue for a non-human, so instead Amanda reached out to the local hiking community for help.

“A plea for help…I am not sure if you can help or not but maybe steer us in the right direction,” she posted on Facebook’s Chilliwack BC Hiking Club. “Our daughter who is an avid hiker climbed up to Radium Lake on Saturday…She took our dog with her for company. They were due down Monday afternoon but something had happened to the dog and he can’t climb back down.

“She came back down for some more supplies yesterday as she had been out of water and food for a day and the dog as well,” Amanda continued.

“Her dad and I tried to climb up to help her yesterday but being in our fifties and never hiked in that way ever before couldn’t make it to the lake and not sure how short we were. Is there any way help can go to her to get her and the dog back off the mountain we would gladly pay for it…Thanks Amanda and John.” 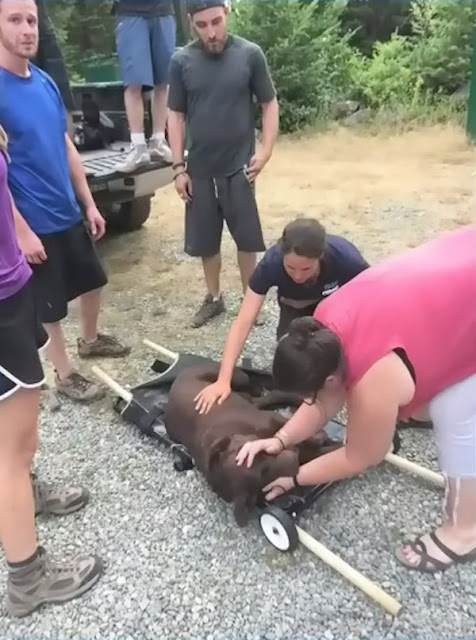 Within minutes, members of the hiking community began to formalize a plan to help and put together the equipment they’d need. They met Amanda and John on Wednesday afternoon at the trailhead and headed out – by that time Janessa and Louie had spent 4 nights on the mountain. 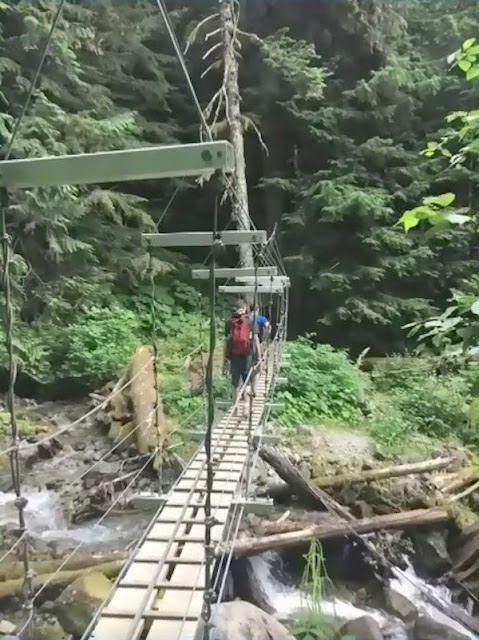 The group of volunteer rescuers met up with Janessa shortly after as Janessa had ended up carrying the dog herself on her back. “She had carried the dog part way down the mountain. She didn’t get very far, she was carrying him on her back falling and stumbling, Amanda told the Chilliwack Progress.

“She loves that dog.” Two other hikers had tried to help her, jerry-rigging a stretcher. But when the other hikers reached them, they were able to get Louie onto a proper stretcher and carry him out the rest of the way. 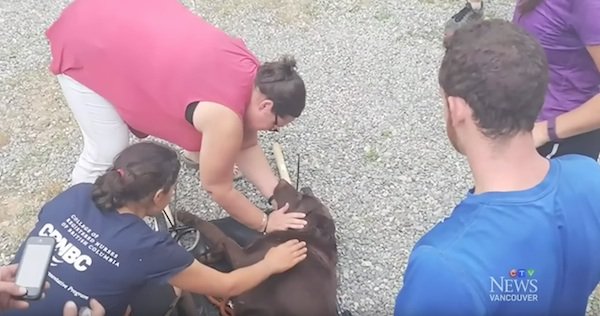 Louie wasn’t out of the woods yet, and has had to spend several days in the hospital for treatment of an infection (from several cuts) and dehydration. The family quickly racked up vet bills of several thousand dollars, which was another hardship for the family.

But the community pitched in and helped a second time by setting up a GoFundMe page for the family, which soon reached its $4000 goal.

ALSO READ  The Dog Lost An Eye After The Accident, Was Left In The Temple, But Still Wagged His Tail Optimistically

Amanda says she is very thankful for the people who came out to help. She said, “In this day and age, to know that humans are out there that do this. This is such a positive story about people.”