A neighborhood in Mt. Juliet, Tennessee, is left disturbed after discovering the footage of a Metro police officer viciously stabbing a family’s senior dog, Cami. 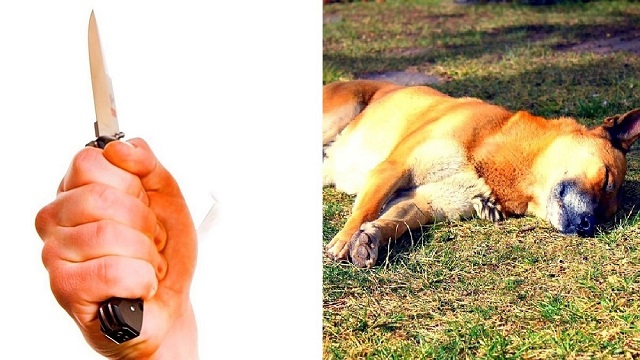 Owner Tommy Jacobs has shared a security camera footage showing the officer’s brutal attack on Cami. The officer, who was accompanied by his own dog, showed no mercy toward the defenseless Cami as he butchered him. He then simply walked away, leaving the bleeding dog to die alone.

Thankfully, Cami was able to survive after being rushed to the vet immediately.

Meanwhile, the residents are calling the officer’s actions a blatant abuse of power. They believe that Cami was a victim of excessive and unnecessary use of force. Many have also pointed out that the heartless officer never once hesitated to hurt the dog, or even checked on him while he was bleeding out. 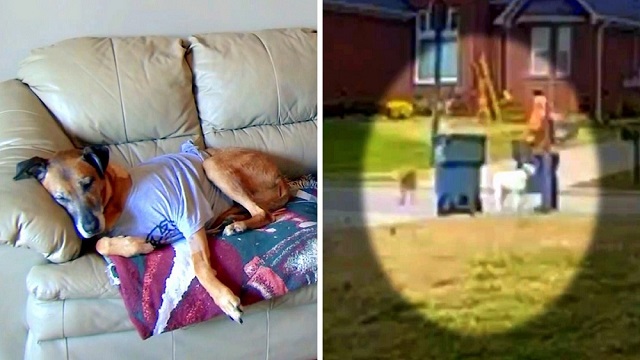 Wilson County Sheriff’s Office has informed that the officer did report his attack on Cami. The officer is defending his actions by claiming that Cami “attacked” his dog first.

Tommy is not buying the officer’s statement, and plans to prosecute for $1,300 in vet bills. Let’s demand a thorough investigation and strict punishment, if found guilty!

Click the video below to watch a report on the officer’s savage stabbing attack on Cami.

WARNING: The contents of this video may be disturbing to some viewers.