When rescuers first arrived to help a stray dog they named Angela, she was lying motionless in a muddy field. 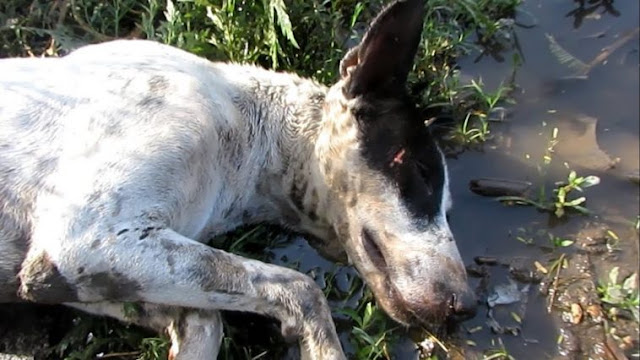 “We got a call reporting that a dog had been found lying in water in a field, unconscious,” Animal Aid Unlimited, India wrote. “She had a deep wound by her tail and a laceration on her face. We rushed her back to Animal Aid’s hospital where we started treating her traumatic head injury.”

Angela had suffered a severe blow to the head and had brain damage as a result. A week after her emergency surgery she took her first wobbly steps, but she couldn’t stand or walk on her own.

But rescuers refused to give up on her, despite this heartbreaking setback. And after 2 months of treatment and loving care, Angela’s recovery is incredible to see.