It’s heartbreaking to see many dogs and cats being abandoned and abused by their own owners whom they love so much. 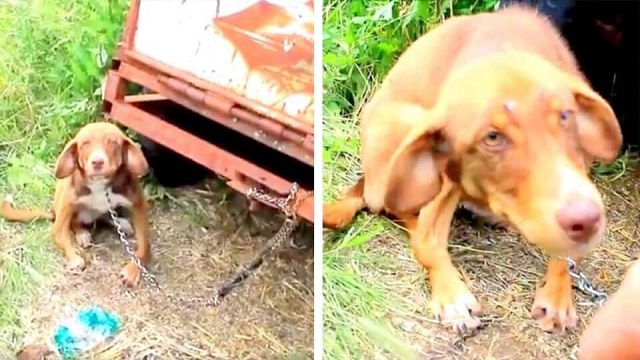 But sometimes, the animals that have experienced the most damage can end up having the happiest ending. Despite difficult circumstances, they have still survived to live happy lives with loving families that they deserve. 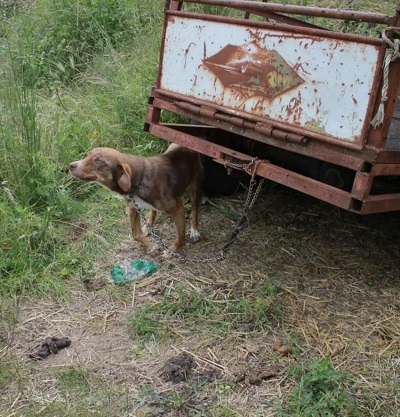 This was the case for Duke, a 10-month-old dog that was chained to an old truck outside of town and left to starve by his owner. The owner didn’t want Duke anymore and dumped him like trash because he was diseased and someone called him untouchable. 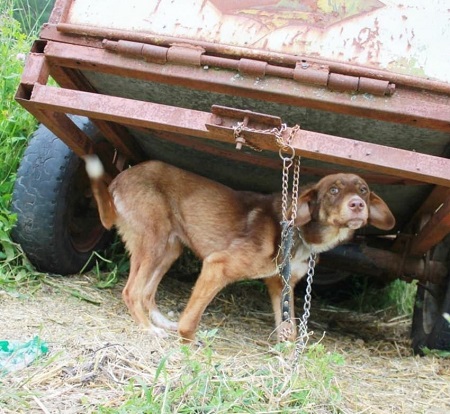 Without food and water for 10 days, Duke was extremely malnourished and weak. He was covered in his own feces, and had fleas all over his body. In addition to his malnourishment, his legs were broken due to being mangled by prior a.b.u.se. 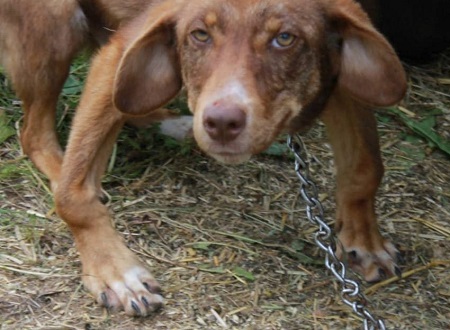 Given his condition, it looked like Duke couldn’t survive. But thanks to a kind woman and the Rudozem Street Dog Rescue, he was saved and even got help for his damaged body. 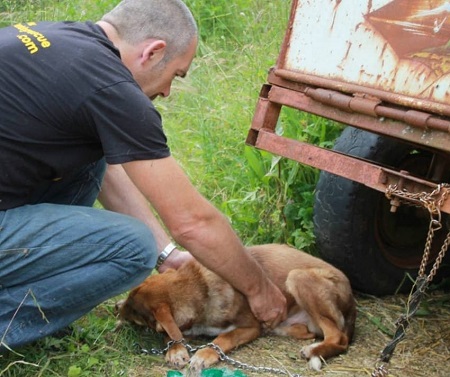 “It was a real shock when the vet said this was trauma to his feet,” Rowles tells The Dodo. “They were obviously broken. His feet were shattered. The ligaments in his feet were nonexistent. Bones were just floating about in his feet.” 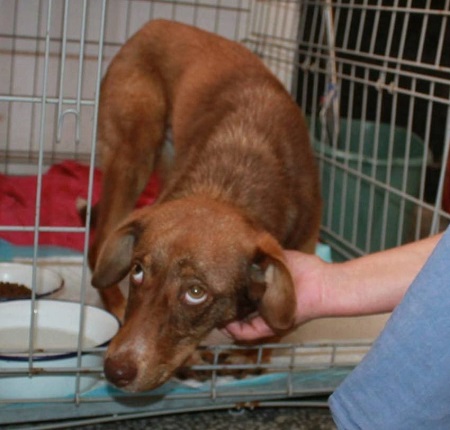 Since the group’s shelter was full, Rowles took Duke home and introduced him to his wife and other pets.“He was OK when I approached him initially. But you could see that fear in the way he moved and the way he backed away for those first few weeks,” Rowles says. “He really made an attachment with my wife Diane. He just loved Diane.”
ALSO READ  A Puppy With Green Fur Was Born In Italy And The Owners Named Him Pistachio 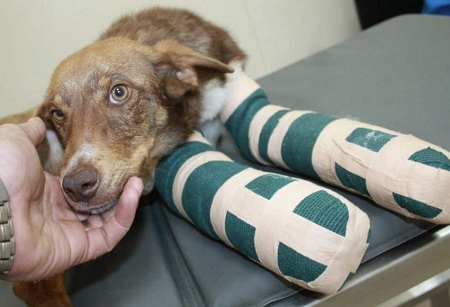 After getting surgery to fix his feet, Duke was able to walk around on non-wobbly legs. He learned to trust humans again and started to warm up to his new loving environment. Then something else amazing happened — he was adopted by the kindest woman in England. 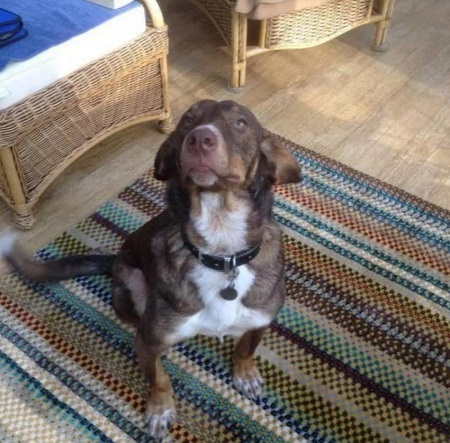 After so much struggle and torture, Duke now has beautiful feet, a loving home, and a happy ending!Love this story? Please share it with your friends and family members!