Skip to content
Canine giardia is one of the main intestinal diseases that affect dogs. It is that disease that can be simple to treat or even asymptomatic, but, if left aside, it can evolve and bring serious health problems to your dog.

How to prevent giardia in dogs, how are they contaminated and what to do if your pet shows symptoms? Understand now!

How is canine giardia contamination?

Giardia in dogs is a disease transmitted by the protozoan Giardia lamblia (also called Giardia duodenalis or G. intestinalis).

The first post-infection stage of Giardia cysts happens in the small intestine, where the cysts arrive and remain incubated for approximately 10 days.

By the action of pancreatic enzymes, the cysts rupture and release the second stage – the trophozoites, which are the free forms and constitute the active stage of the protozoan.

These free forms adhere to the intestinal mucosa and initiate the reproductive stage, which occurs asexually through cell division.

Under appropriate conditions, the trophozoites return to the form of a cyst in the large intestine and are eliminated back into the environment, along with the feces, creating a new cycle of contamination.

Other dogs or cats that come into contact with dog feces with giardia – either directly or in the environment through the food bowl , bed, toys, drinking fountain or the floor – and ingest the protozoan, can become contaminated.

Since dogs walk the streets and can easily come into contact with dog feces with giardia, canine giardia becomes a very common disease.

The prevalence in puppies — who have the lowest immunity — is 26 to 50%, and in healthy adult dogs, 10 to 20%. These are rates that are considered quite high.

Also read: Dog in heat: How to identify? Understand everything about it.

How long does giardia stay in the environment? 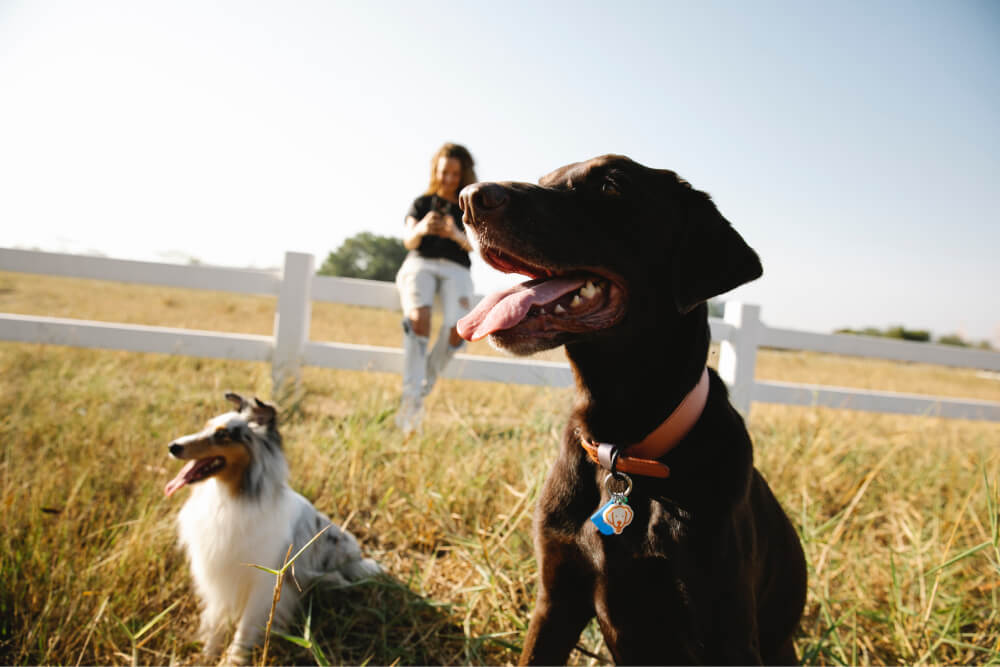 The protozoan that causes Giardia in dogs is quite resistant and can survive for months in the environment. This is one of the reasons why Giardia contamination is high.

Giardia lamblia is more likely to live when it is in water or in damp, cold environments.

Giardia in dogs can also manifest itself in the form we call a trophozoite, but here it is not very resistant and survives only 30 minutes in the environment.

The trophozoite is the form that the parasite assumes after the dog ingests the cysts, sticking to the wall of the digestive tract. Each cyst releases two trophozoites, which have flagella and are therefore able to move freely through the intestine.

Thus, they end up reproducing inside the body and can cause symptoms such as diarrhea. At this time, they turn into cysts again, being released into the environment in the feces.

How do you get dog Giardia?

As canine giardia is a zoonosis, that is, a disease that can be transmitted from animals to humans, it is important that you, as a guardian, also protect yourself. The infection occurs if you have contact with the feces of a dog with giardia. This can be:

The importance of hygiene

Therefore, always sanitize the space where your dog transits and does its needs very well. Also wash food well before consuming it.

How do you know if your dog has canine giardia?

The main symptom of giardia in dogs is diarrhea, with foul-smelling, liquid stools with a slightly greenish color.

However, this is a symptom that can indicate many other canine diseases and, therefore, it is necessary to test the dog to have a correct diagnosis.

To detect giardia in dogs, it is necessary to perform the parasitological examination of feces in three samples, one each day, on alternate days.

If the vet still has doubts

The protozoan may not manifest itself in a single sample or even come in the form of the trophozoite which, as we speak, dies quickly and goes undetected. So, in case of doubts about the contamination, the vet can:

How long does it take to cure Giardiasis?

If your dog is diagnosed with canine giardia, it’s important to start treatment right away.

In addition to causing dehydration due to diarrhea, giardia in dogs can also damage the cells of the intestinal wall, causing the dog to be in very poor health and even death.

The good news is that, when starting the treatment against canine giardia, the results appear within up to 5 days . The vet will prescribe antibiotics and anti-protozoa.

Also read: Dying Dog Found Locked Up In A Crate All Covered In Feces Gets Completely Transformed By Love

How to prevent giardia in dogs?

There are two ways to avoid contamination and they must be done together to ensure maximum protection:

Wash the space where your dog transits well with disinfectants, preferably quaternary ammonia-based, as it is a more effective substance to fight the protozoan.

Watch out during walks so your dog doesn’t get close to dog feces with giardia. And always pick up your dog’s feces when walking the streets.

Always give clean water and do not leave the water fountain with standing water for a long time.

Also read: A LOYAL DOG DOES NOT STOP STARING AT THE SEA WAITING FOR HIS OWNER WHO WAS A FISHERMAN WITHOUT KNOWING THAT HE PASSED AWAY