Lawson was living as a street dog in the outskirts of Istanbul when he was struck by a car and could no longer use his back legs. Forced to drag himself on the pavement to search for food, the one-year-old dog began to starve and his paralyzed back legs became more and more damaged. 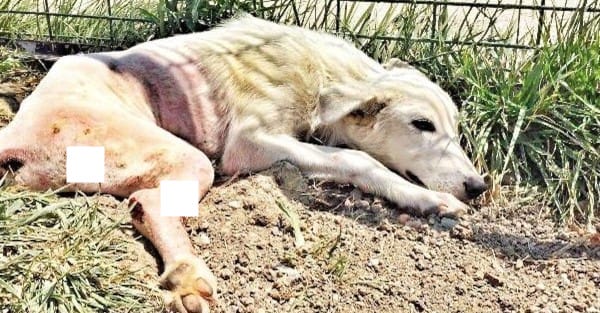 When He’art of Rescue saw Lawson, they knew they could not leave such a brave dog to such a terrible fate. The rescue group makes it a priority to rescue handicapped and sickly strays as they are often the most unlucky and neglected in Turkey.

You can see his legs are scabbed and cut from having to drag himself along the ground for so long. His struggles to survive are written over his body. 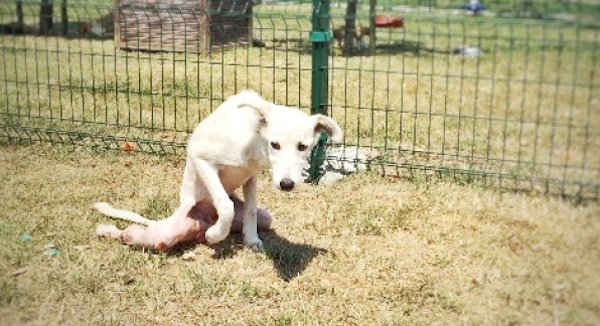 Although Lawson’s spine is beyond repair he is relearning how to walk with a wheelchair.

He is certainly much happier than when he first arrived. Look at that smile on his face. It must be because he knows he is in capable, loving hands! 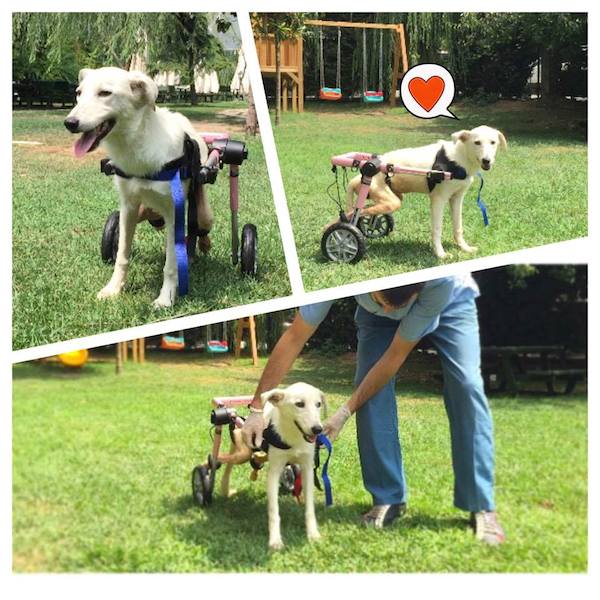 It didn’t take long for Lawson to learn how to use his new wheels. He was soon scooting around and playing with his new friends.