When Valia first saw Bono, the puppy was begging for some food and some love. She rescued the 5-month-old pup and brought him to a local shelter in Greece who she worked with because at the time it was impossible for him to foster him for personal reasons. 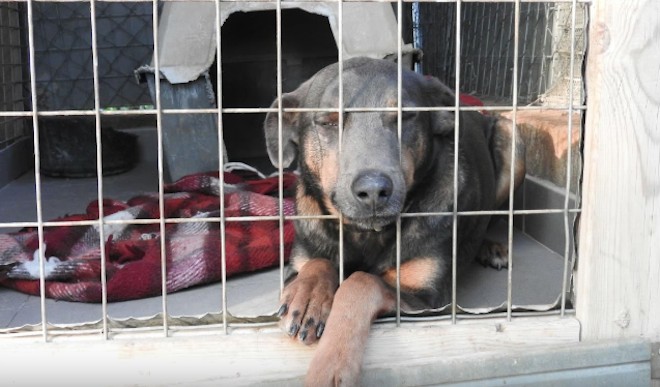 Valia of The Orphan Pet says at the time of rescuing Bono she wasn’t an experienced rescuer. She was heartbroken when she had to leave him behind after she quit the charity and says it was “something that filled me with guilt”. But she never forgot him, and would inquire if he had found a home.

“Bono was my biggest loose end…Eventually I couldn’t take it anymore, went back for him and tried to help him find a home two years after his rescue,” Valia writes.

She brought him home, this time armed with the knowledge and experience of rescuing many dogs. “Those couple of weeks I had him at home with me are unforgettable,” she says. “For him, its was as if he had never left. Dogs don’t forget, you see. They just don’t.”

She tried to spread Bono’s story through social media again and again his story didn’t gather much attention. But his story somehow reached a Danish charity and a home in Denmark with a family who wanted him. Bono had finally found a home and Valia thinks he managed to do it on his own without her help. 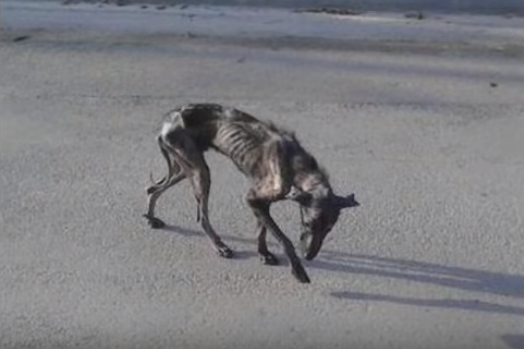 “I didn’t know what to think of the fact that I didn’t really help him find a home, until I realized that sometimes, all that we need to spread our wings and fly is for someone to believe in us. I did believe in him, and he flew a month later.”

Watch and listen to Bono’s touching rescue in the video below.