A senior dog was homeless and living on the streets after his owners had moved away an over a year ago.

He was lucky enough to have neighbors provide him food and water but he had no place to call home until word got to Hope For Paws. 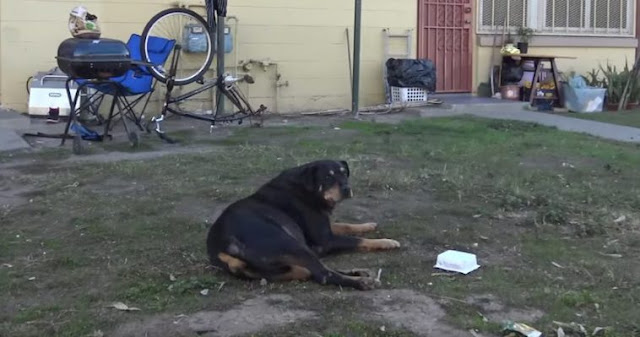 When Lisa Arturo and JoAnn Wiltz arrived, they found Al Capone lying on the lawn near where he once lived.

The Rottie mix happily accepted their snacks, but they grew concerned when they noticed his stomach was extremely distended and bloated.

They took him to the vet right away and learned he had a tumor that was filled with fluid that was ready to burst!

Two months later…Al Capone would get happy ending he deserves. Watch the video below to see the heartwarming ending to a much-deserving senior dog.