An a.ban.don.ed dog was sitting and watching. She was on lookout for her owners, but would not let anyone come close to her. 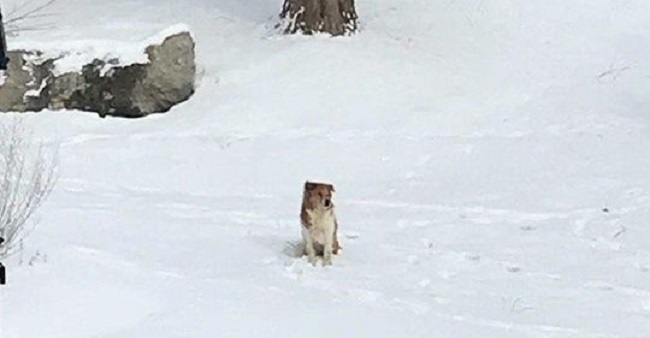 Residents in Mechanicsburg, Pennsylvania worried about her safety, as the dog clearly needing help and had been left in a park in the freezing cold. Good Samaritans reached out to seasoned rescuer Janine Guido, founder of Speranza Animal Rescue, who drove out to save the dog. 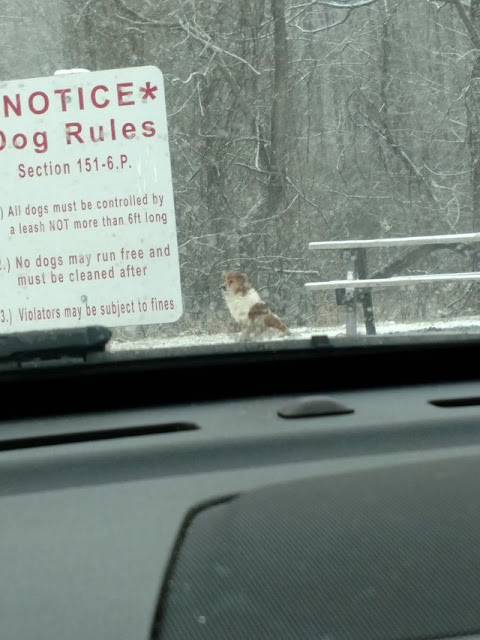 “Ever wonder what a dog dumped by her owners does?” Guido wrote on Speranza Animal Rescue‘s Facebook page. “Sits and watches. Waiting for her family to come back.” 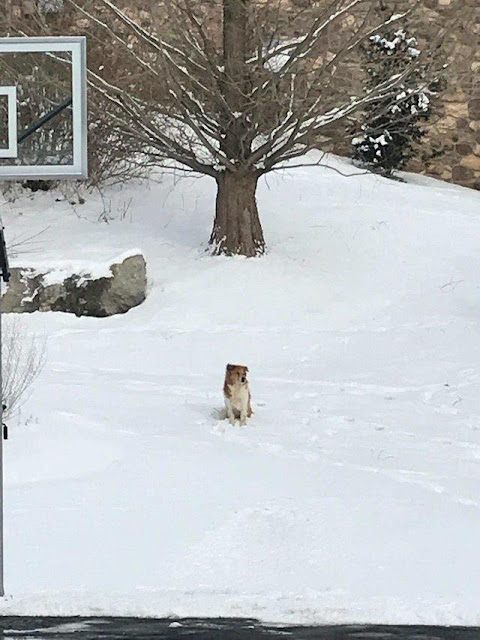 “This dog has been waiting for 5 days. For the past 3 days , since I’ve been called, I’ve been out there,” Guido continued. “She had eaten out of my hand yesterday and the day before. But scoots away when I tried to leash her.”

Carla would approach for food but run away any time Guido tried to put a leash on her. 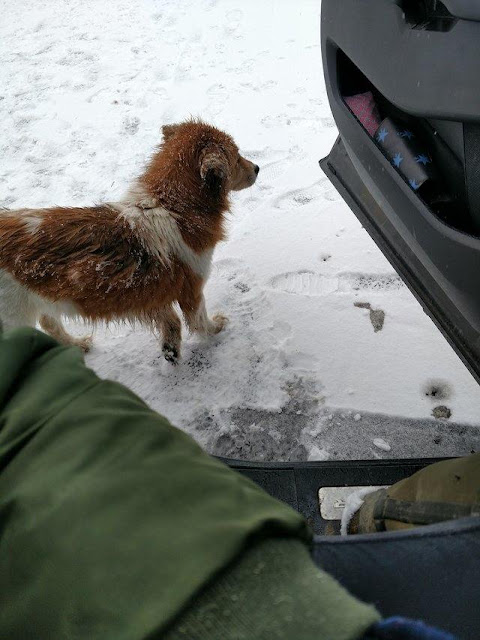 “Lots of people are flooding the area. Trying to catch her: Sadly, today is the first time in almost a week with no sightings. She’s getting spooked. I’m praying she is still there. PLEASE if you see this dog. DO NOT chase. Do NOT feed her. Do NOT follow her or attempt to catch her.” 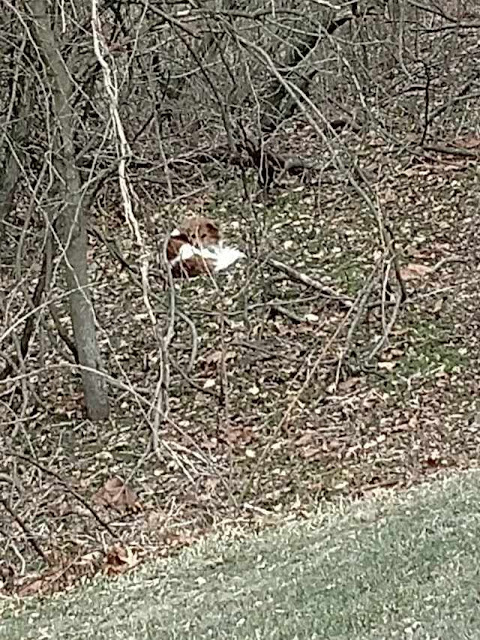 She disappeared for a few days, but Guido received a call that Carla was spotted on someone’s back porch. But again, the dog got spooked and ran off towards the woods. Shortly after, Guido got a call that Carla returned to the home. 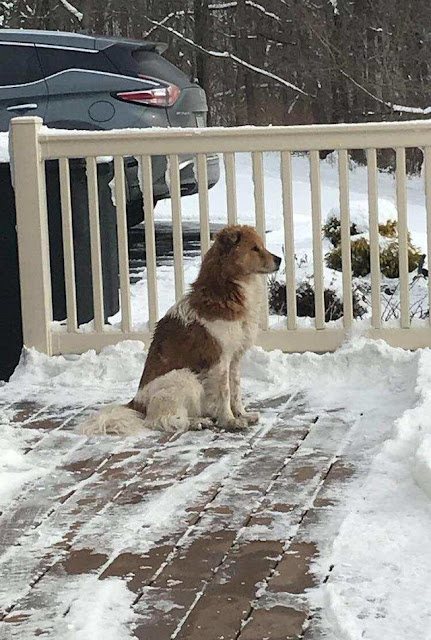 That’s when things finally began to look up.

Guido was on Facebook live streaming explaining what happened in the morning and her frustration in catching her. But then the camera pivots to her back seat and there’s Carla!

After many days of trying, Carla was finally caught. 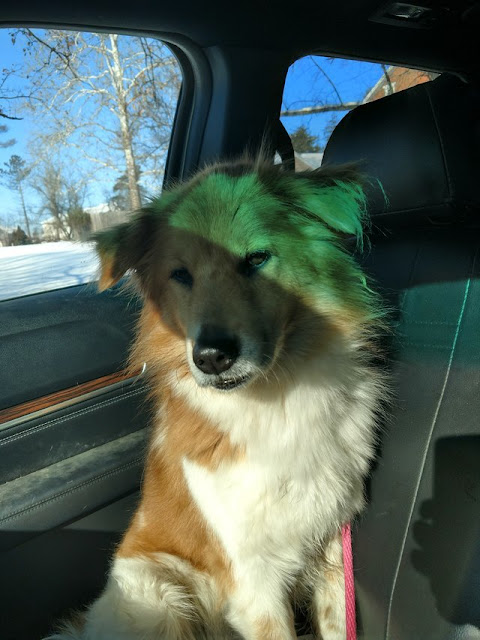 Guido drove Carla to her vet and found that the dog had no microchip and was around 15 to 20 pounds underweight and it seems that Carla has been on her own for a while. 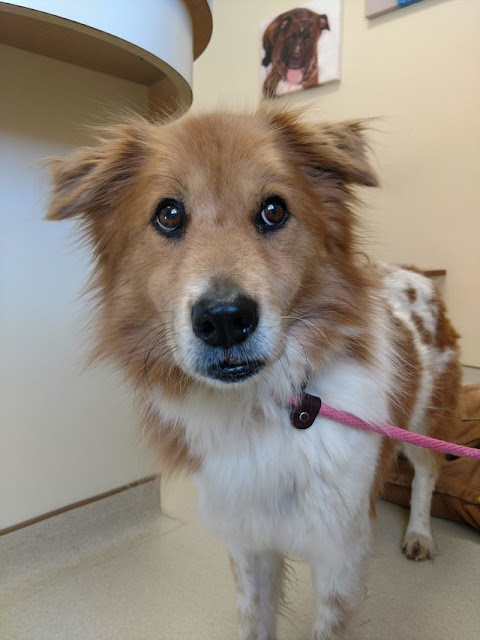 She was “covered in fleas” and limping from minor frostbite on her paws and possibly some arthritis. But she wouldn’t be exposed to the cold any longer.

“No more sleeping under cold pine trees in the snow – tonight you will be sleeping in a warm and cozy home with your foster family,” wrote Guido. “Love you so much already, Carla.” 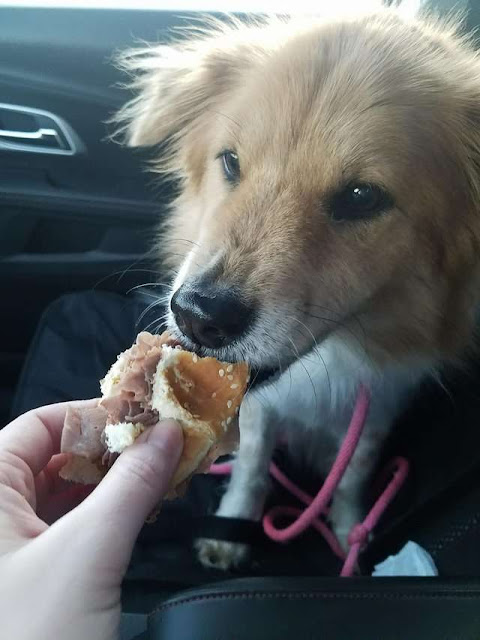 Before heading to her foster home Carla got a much needed bath and a “nice roast beef sandwich from Arbys on the drive home”. Clearly exhausted from her ordeal, Carla took a long, long nap. 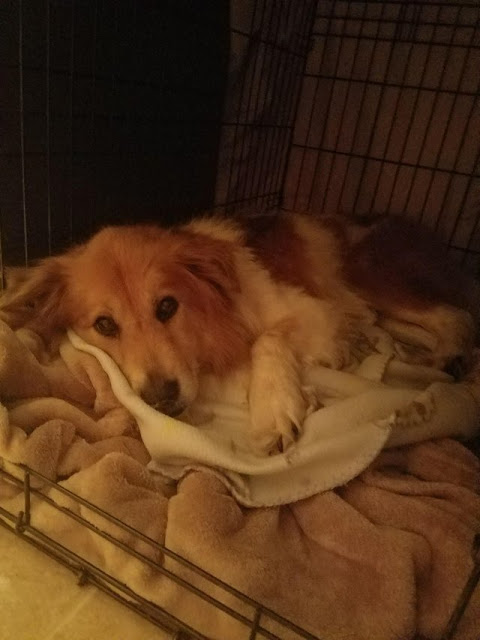 After a few days of rest, Carla is is settling in very well and recently enjoyed a weekend stroll with her foster siblings. 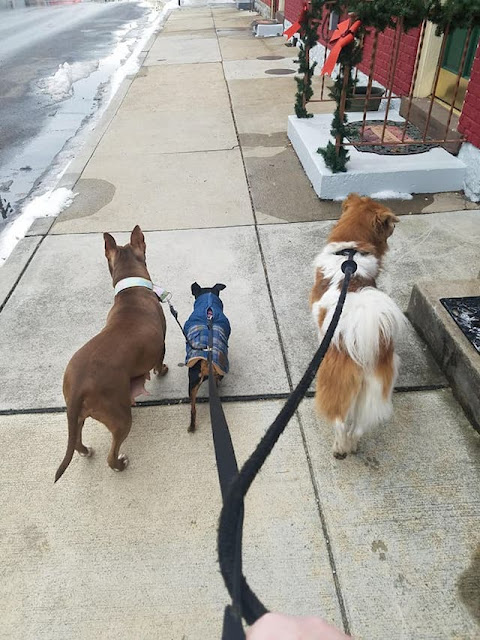 When she’s ready, Carla will be put up for adoption. 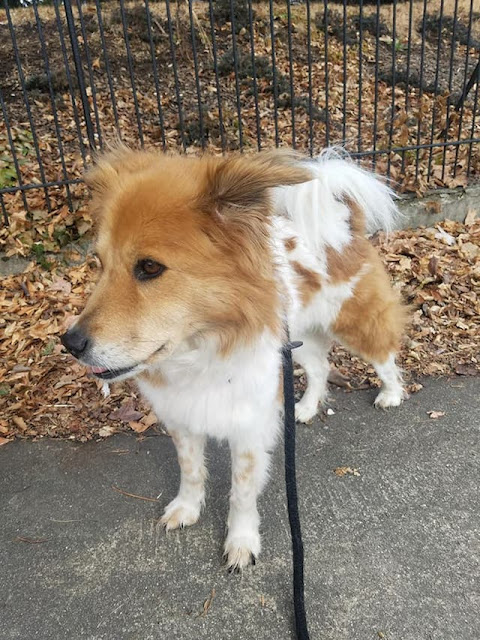