If one were to rate the most popular dog breeds on social media, the Pembroke Welsh Corgi is surely in the top five. From a team of corgis pulling a sled in the snow to a corgi puppy trying to climb stairs, they’re all over the internet with their cute foxy faces and fluffy butts. And who can resist? Here are nine facts that corgi owners know better than anyone about these lovable dogs.

Those who live with corgis know that they’re more than just a cute face. Like most of the herding breeds, they’re smart and easy to train. In fact, they’re rated as the 11th smartest breed in Stanley Coren’s book The Intelligence of Dogs. Corgis excel in agility, obedience, tracking and, of course, herding.

They’ll also get into trouble if you don’t keep them busy! 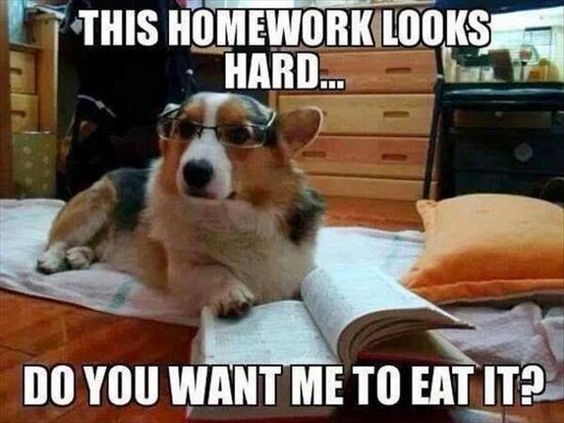 2. Corgis are a very old breed

The Pembroke Welsh Corgi Club of America states that “their ancestry dates back to at least the tenth century.” They originated in the county of Pembrokeshire in Wales. Their canine ancestors were brought to this part of Wales by Flemish weavers who settled there in 1107 A.D. at the invitation of Henry I.

3. Corgis are the ultimate fluffers

In Japan, those fluffy corgi butts are often called momo because of their resemblance to peaches (momo is the Japanese word for peach).

And speaking of fluffy, a long-coated corgi is referred to as a “fluffy” by breeders and enthusiasts. While the long coat is considered a fault according to the AKC breed standard, it can occur naturally in a litter of normally-coated corgi puppies.

Of course, fluffies are just as lovable and smart and make equally great companions. 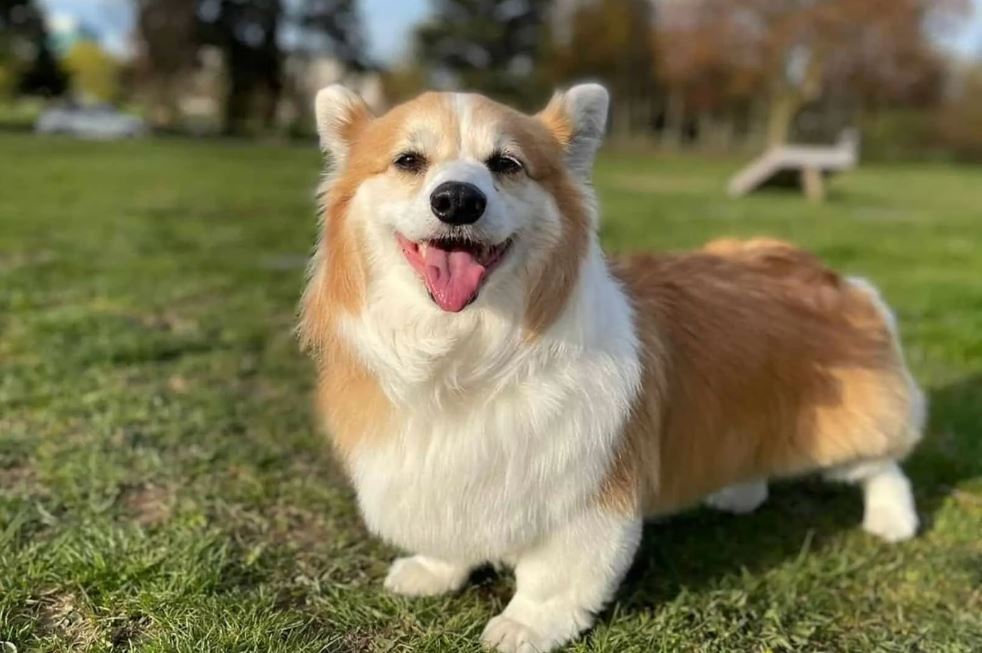 4. Corgis have a touch of magic

According to Welsh lore, Pembroke Welsh Corgis were a favorite steed of elves and fairy warriors. Legend says you can still see remnants of the “fairy saddle” on their backs, just behind their shoulders.

Plus, the word corgi comes from the Welsh for dwarf dog. 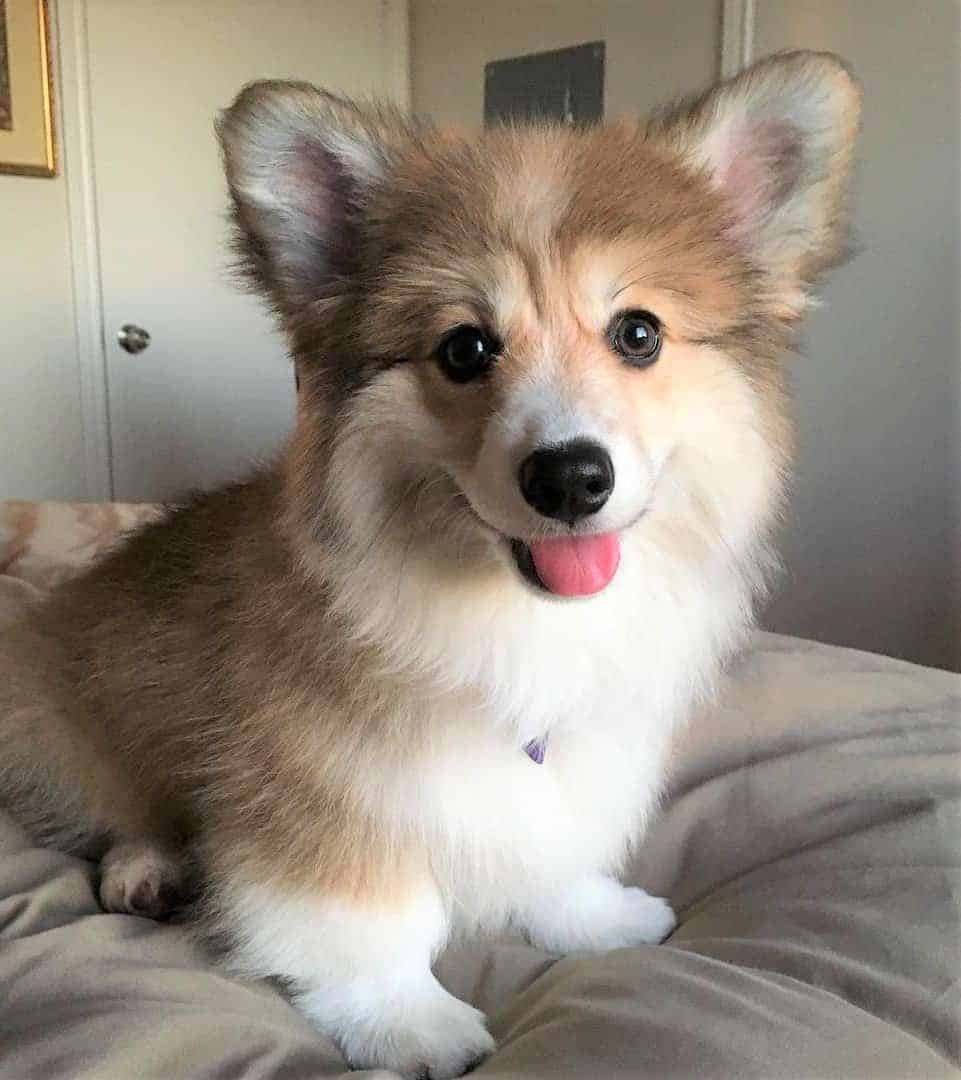 5. Corgis are born to herd

Corgis were traditionally used to herd cattle, nipping at the feet and legs of cows to move them along. This instinct lives on. While corgis can be good with children and get along well with other dogs in the house, they often herd their human and canine companions—including nipping them—so early training is important. 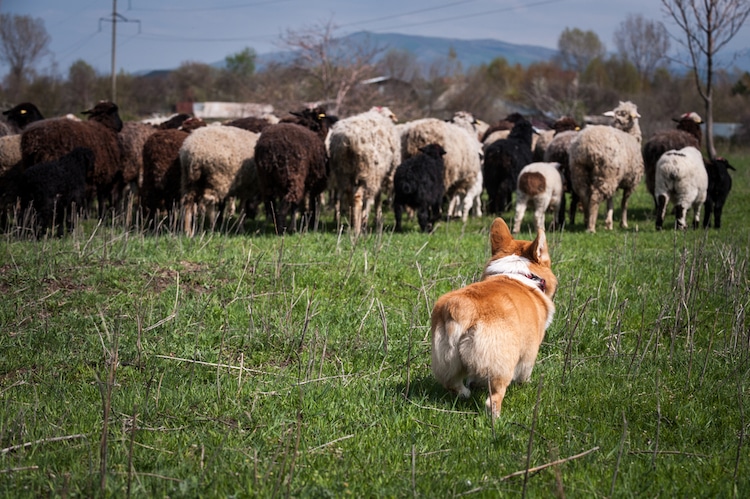 Of course, everyone knows of England’s Queen Elizabeth’s love for the breed, but did you know that writer Stephen King has a corgi? Or that former California governor Jerry Brown had a corgi named Sutter?

Other celebrities who’ve owned corgis are Ava Gardner, Diane Keaton, and William Hurt, who got one after working with “Bud,” his costar dog in the Oscar-winning movie The Accidental Tourist.

Even though they are small, Corgis are known for shedding epic amounts of hair. This is often compounded by the fact that it’s hard to have just one corgi.

A daily brushing with a slicker brush will help keep the dust bunnies at bay.

8. Corgis are a little dog with big dog ‘tude

Like a lot of smaller breeds, Corgis have a big personality. They aren’t delicate, shrinking violets, but rather are independent and bold (how else would they be able to herd animals 100 times their size?). In fact, they’re known for their “big dog” bark. Corgis are athletic, active, and surprisingly swift for their size.

9. Pembrokes and Cardigans aren’t the same

There are two types of corgis: the Pembroke Welsh and the Cardigan. While they’re both short-legged little herders with big personalities, they’re actually different breeds with different ancestors.

Cardigans are typically bigger, with rounded ears and long tails, whereas Pembrokes have pointy ears and no tail to speak of.

10. And did we mention Corgis are cute?

Corgis are one of those breeds that make people smile, just by being themselves. They have personality plus and are adorable with their appealing foxy face, big ears, and irresistible grins.